"The search of the perfect sound has always been one of the top goals joining guitar players: my Dragoon 250C8G 2X12 cabinet, equipped with Celestion Alnico Gold, has become a fundamental point to this extent. Great clarity of sound, impressive dynamics and really pleasant sound: it is beyond my wildest dreams. The Made in Italy, once again, hit the target. A huge thank you to Lorenzo Ginanneschi Arnaldi and all the Dragoon team!"

I began playing the guitar in the late 80s, as a self-taught, focusing on the rock/metal gernes and their shades  (heavy metal, hard rock, progressive metal). In 2010, thanks to the support of important teachers, I started a studying plan aimed to deepen my knowledge, the theory, the harmony. This allowed me to open my world to new styles and sounds (rock blues, jazz, fusion).

In 1991, working with Olaf Thorsen, I found the band Labyrinth. In the band, beyond rhythm and solo guitarist, I fulfill the role of composer, arranger and art director.

SOME BANDS WE PLAYED WITH:

A Perfect Day, founded by myself, is officially established in 2011. I had the intention to explore different musical paths. In the band, beyond rhythm and solo guitarist, I fulfill the role of composer, arranger and art director.

Sonisphere 2016 (with Iron Maiden, Bullet For My Valentine, Saxon and more). 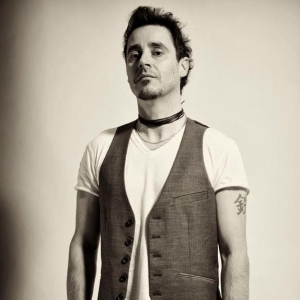