Mirco starts studying classic guitar at the age of 9, under the lead of  M° Lucio Gammarota, and M° Nuccio D' Angelo. Since the beginning the performs live both as a solo artista s taking part to bands. At the age of 12 starts studyng electric guitar, which later refines under the lead of M° Alex Stornello, at the Lizard Academy, Fiesole. At a later stage he studies at the Modern Music Institute. At the age of 16 he writes the theme song for a school movie produced by the district of Empoli. He learnsteh rudiments of composition from the M° Kamran Kachech. He takes part to seminars held by Frank Gambale, Maurizio Colonna, Steve Vai, John Petrucci, Vital Information, Carl Verheyen. Under the programme of Alex Stornello and Frank Gambale, he is qualified for teaching. He develops his art on stage, playing, over the years, with metal progressive, hard rock, pop rock, funky disco and funky blues lineups, acquiring a precious live experience in different music styles. He wrote parts of the original music themes for the “Fashion in Florence 07” exhibition, produced by the district of Florence. He realized musics for "Pitti Immagine Uomo 08". He took part at the Guitar Attack in 2009 side by side to Alex Stornello and Giacomo Castellano. He performed as endorses Dean at the "Music Italy Show 2010" in Bologna. In 2011 he released the 21Beat debut album, "Tra 7 Gradi Nevica", Warner Music editions. In 2011 he obtains the MMI specialization in Jazz Fusion with M° Allan Holdsworth and becomes “Special Tutor” in the national didactic counsil. He also experienced a performance with Michael Angelo Batio, one of the most important hard rock guitar players of the lasts thirty years. In 2014 he took part at the italian edition of “Three notes voicings”, by Volontè. With Alex Stornello, Michael Angelo Batio and other collegues, he held a clinic at the “Shred Camp MMI”, Verona. He is presently keeping an intense live activity with diffent lineups, currently with the Mama Mia Queen Tribute, playing all over Italy (from Lombardy to Sardinia) and with his own band, with whom he is recording his first solo album. 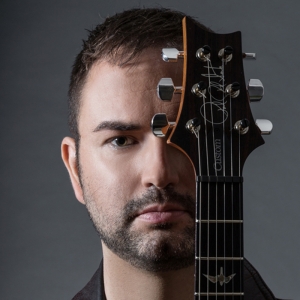